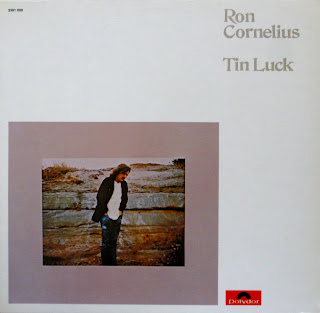 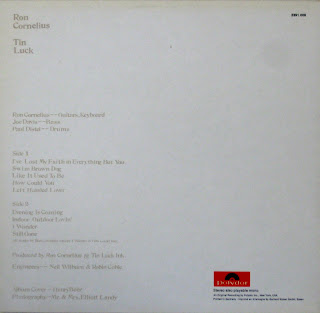 Ron Cornelius is one of those intriguing Zelig-like figures that pepper rock music; a fixture of the San Francisco scene long before psychedelia hit, he formed the neglected West, and went on to play as a sideman to Bob Dylan and Leonard Cohen (with whom he has had a long association). His only solo album, Tin Luck, has long been cherished by a few, but remains largely unknown. This is starting to change, however, as word of its melancholy charm spreads. Here are a few bits and bobs relating to it.
First up is an interview from issue #20 of the great UK rock periodical ZigZag, published in June 1971 and conducted as Cornelius finalised the album's mix in London's Trident Studios: 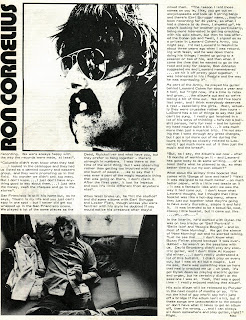 The album was issued in the US as Polydor PD 5011 in September 1971. Here's the press release the label sent out with promo copies (with respectful acknowledgements to Jack Fleischer at waxidermy.com): 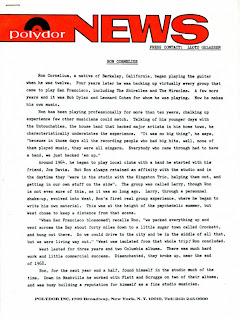 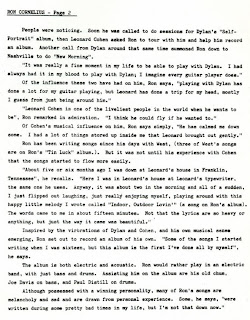 It also appeared in Germany and in Britain (though the only such copy I know of has UK vinyl and a German sleeve). In November 1971 Circus ran a brief piece about Cornelius, stating that ‘Tin Luck contains a somewhat melancholy mood, more bluesy than down, really, and the songs are drawn from personal experience, a commodity Cornelius has much of.’ Here it is: 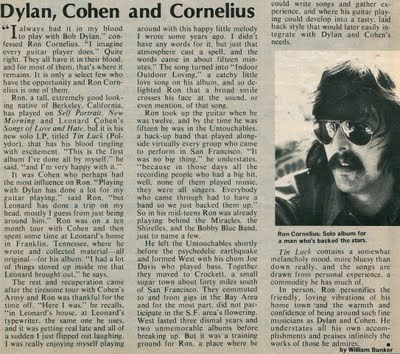 Tin Luck has never been reissued, but that's a situation I hope will soon be remedied. In the meantime, anyone wanting to learn more about it should follow this link: http://waxidermy.com/features/ron-cornelius-interview/
Posted by Richard at 05:22