Endless Trip in The Daily Telegraph

Charles Spencer has just written generously about Endless Trip in his arts column in The Daily Telegraph, saying it is 'as close to heaven as most pop anoraks like me are likely to get'. And this a man who knows his rock and roll: aged 12 in October 1967, he went to a benefit for Release in the Saville Theatre, compered by Joe Boyd and featuring Pink Floyd, Fairport Convention, Tomorrow, The Incredible String Band and Tim Rose. Here's the article: 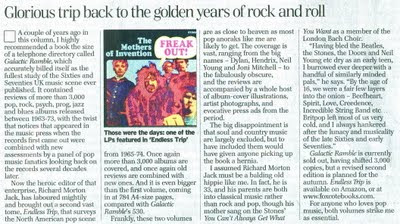 The Grateful Dead: spot the difference 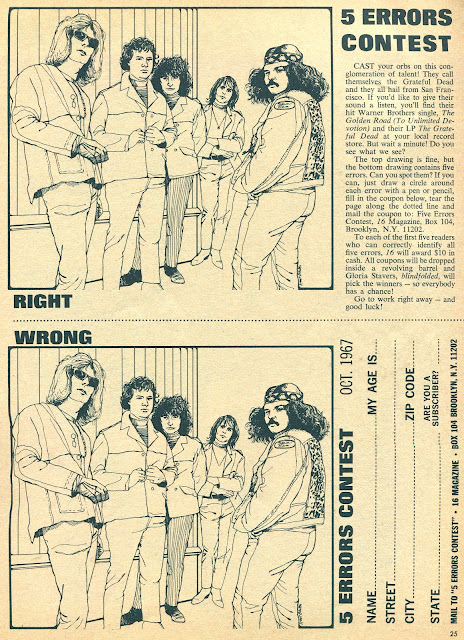 Here's a surreal flashback to those prehistoric days when teenzines featured people who actually wrote songs and played instruments. It's from the October 1967 issue of 16 magazine (described by the late, great Derek Taylor in Fifty Years Adrift as 'the single most popular and powerful fan-magazine in the world'). Other bands that featured in its '5 Errors Contest' included HP Lovecraft, The Youngbloods, The Electric Flag, Canned Heat, The Yellow Payges, The International Submarine Band and The Mothers Of Invention.

By the way, I can only see three 'errors' here:

Email ThisBlogThis!Share to TwitterShare to FacebookShare to Pinterest
Labels: Grateful Dead, US psychedelia 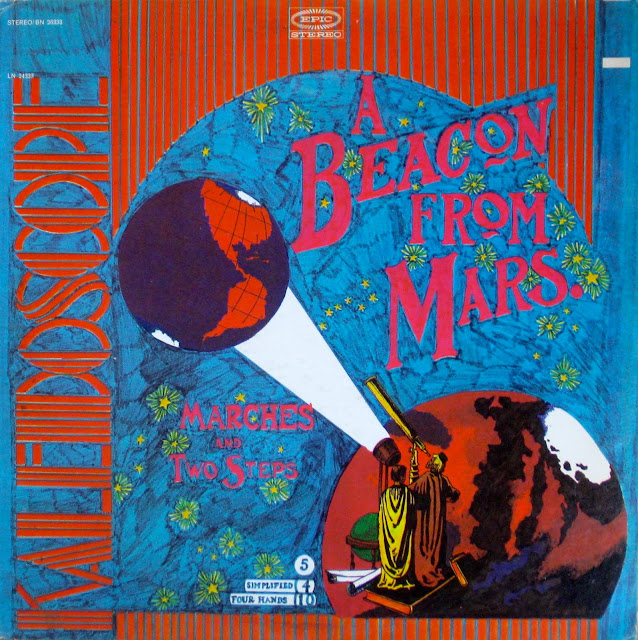 Kaleidoscope's fine second album, A Beacon From Mars, was released in November 1967. On its back cover, in tiny print, appear the following words:

Quite what this means has puzzled psychedelic scholars for decades. As far back as 1976, David Lindley was asked to explain by ZigZag magazine, and came up with the following: "Oh, we were all very concerned because we weren’t given enough money or time to produce the album we wanted to make – and we wanted to make it evident that relationships with the record company weren’t as wonderful as they might have been. I guess it was basically that we were being pushed to become more commercial, whereas we wanted to go our own way." But what did people who actually wrote off to the address get in return? Well, I am now pleased to publish, for the first time since its very limited circulation way back at the time of the LP's release, the following: 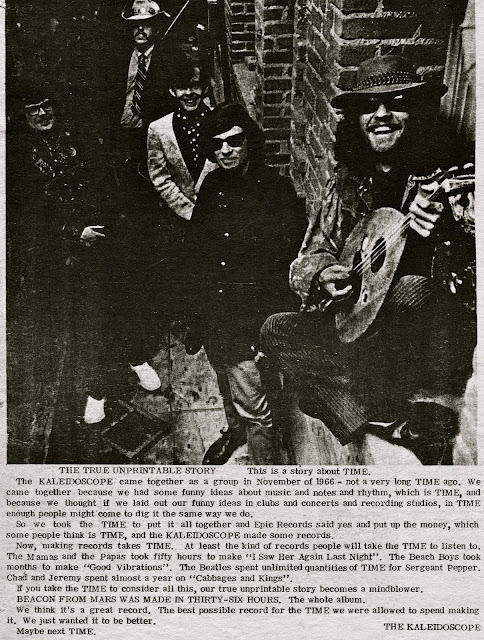 So... no LSD, no groupies, no payola, no scandal of any sort - just five frustrated musicians belly-aching about the amount of studio time they were allowed. Tchoh!
Posted by Richard at 05:03 1 comment: