Issued in June 1964, Liza Jane by Davy Jones & The King Bees is one of the most valuable 45s of the 1960s. Rarity aside, there are two reasons for this: firstly, it's a terrific dose of dirty R&B, and secondly, Davie Jones was of course David Bowie. Here's the only press about it I've ever seen. 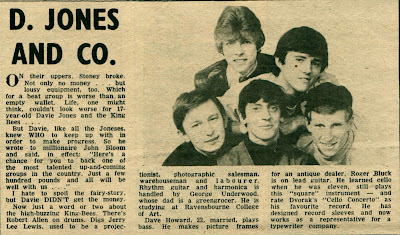 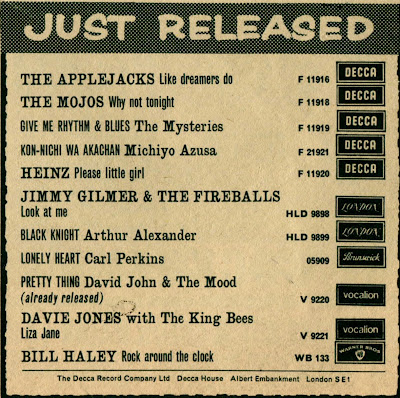 
Slightly oddly, by the way, Vocalion was still plugging the 45 on October 31st, when the listing below appeared in Record Mirror, now crediting Bowie as 'Daved Jones': 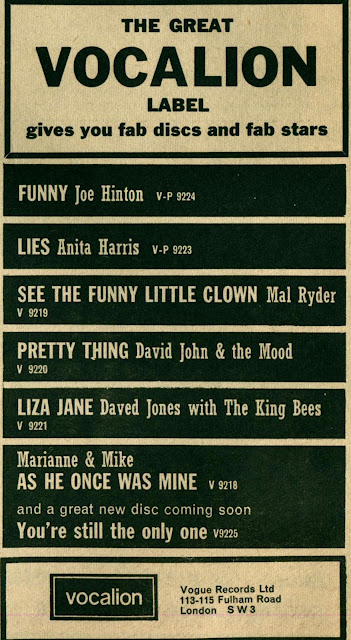 The Who: 'four hip young men'

Here's the earliest article about The Who I've ever seen - so early, in fact, that it's about The High Numbers and calls John Entwistle by his early stage name (John Allison) as well as misnaming Pete Townshend as Peter Townsed. It's from Peter Jones's New Faces column in Record Mirror of July 11th 1964 (also trumpeted on the same page is Marianne Faithfull, who apparently 'has blue blood coursing through her veins' and 'has a very big future when she passes her examinations'). 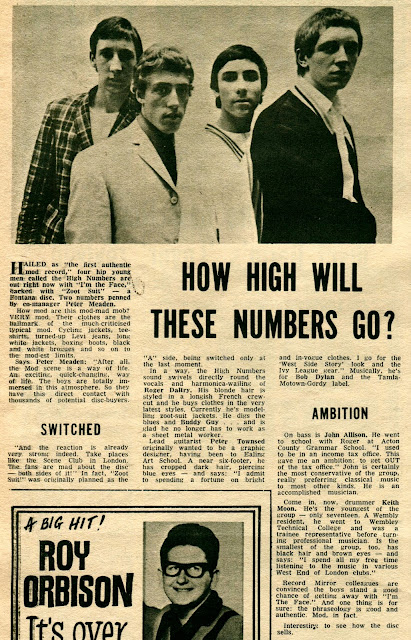 And a couple of weeks later Record Mirror followed it up with this: 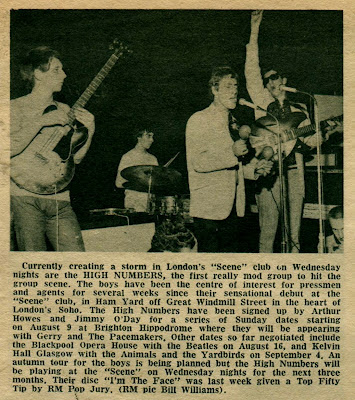 Email ThisBlogThis!Share to TwitterShare to FacebookShare to Pinterest
Labels: The Who

I'm pretty sure that this was the earliest national coverage the Stones ever received, in Record Mirror of May 11th 1963. It was written by Norman Jopling, who also gave the Beatles some of their most important early publicity, and is unusual for being about a band that had not yet released a record (their first 45, Come On, appeared in June). Amongst its interesting aspects are the credit for Ian Stewart as a full member of the band, the description of Brian Jones as 'spokesman and leader of the group', and the acknowledgment of the Beatles' respect for them. It also makes a tantalising reference to a 20-minute film of the sextet in action, produced by their then-manager Giorgio Gomelsky. Andrew Oldham, of course, was not yet in the picture... 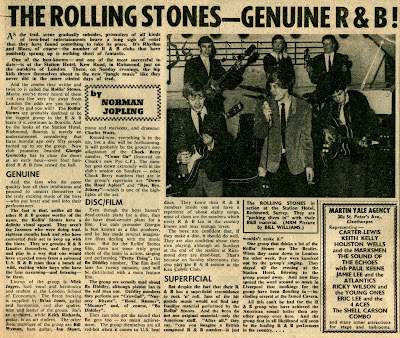 Occasionally I stumble across something pretty amazing in my mouldering archive of music papers, and decide that it isn't so mad to keep them after all. This is a good example, and appeared in the ace (but sadly rare) UK trade paper Record Retailer on April 11th 1963.

A little over a year later, Steve was fronting his own band, as can be seen in this rare live ad, from Record Mirror of July 25th 1964:

In 1966 George Harrison decided to invest some of his Beatles hundreds in a happening new London nightspot named Sybilla's (after the 22 year-old Chicago heiress Sybilla Edmonstone), with fellow shareholders including the debauched toff Sir William Pigott-Brown and the DJ Alan Freeman. Billing itself as 'London's most civilised discotheque, where they take great pains to keep the customers in a state of elegant satisfaction', Sybilla's opened its basement door (at 9 Swallow Street, W1) on June 22nd of that year. A little over a year later, on November 1st 1967, the manager of happening new Leicester pop combo Family hosted a launch there for their debut single, Scene Through The Eye Of A Lens / Gypsy Woman, attended by George, John, and several other noted swingers. The spread below is from the short-lived Look Of London magazine. If anyone has a better scan of it, please let me know. 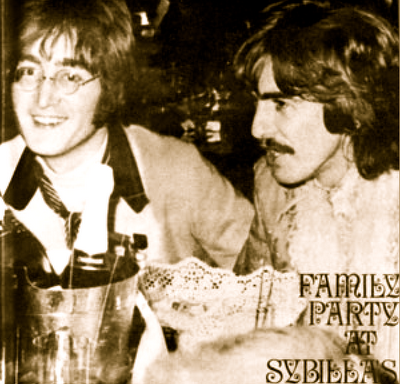 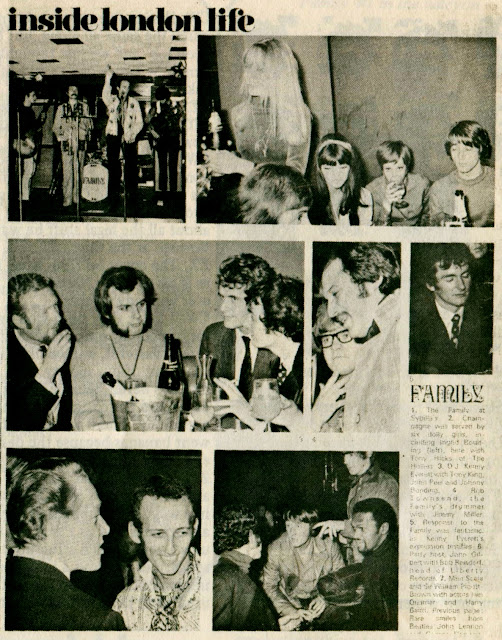 Brian Jones: "I'd like to buy a house with a big pool"

This comes from the March 26th 1965 issue of NME, and highlights Brian's seldom remarked-upon domestic side. Joey Paige, by the way, was a Hollywood-based bassist who played in the Everly Brothers' band. 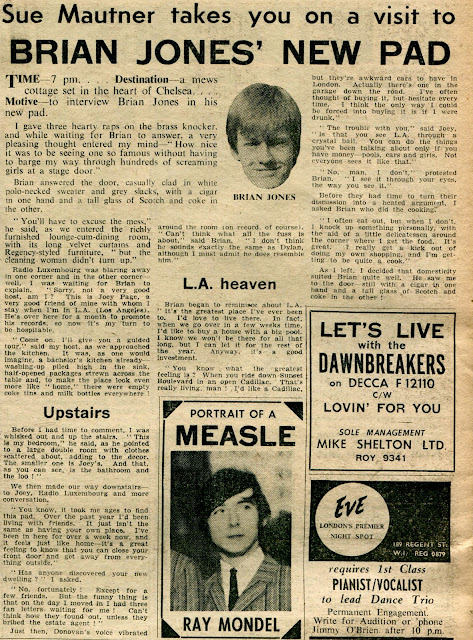