Tudor Lodge: 'a most desirable property'

Tudor Lodge were one of many hardworking folk bands whose name would have been well-known to gig-goers (and readers of Melody Maker's 'Folk Forum') in the early 70s. Here's a management ad from 1970: 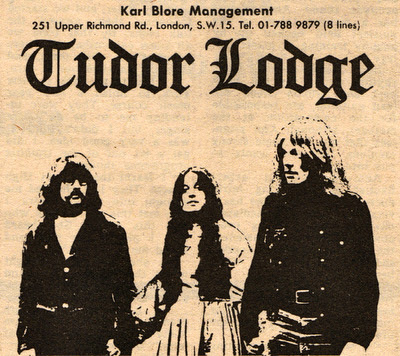 On July 25th 1970  Melody Maker ran this rare feature about the trio: 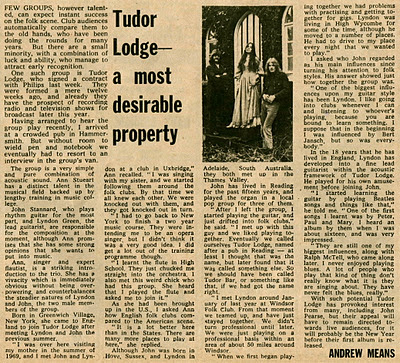 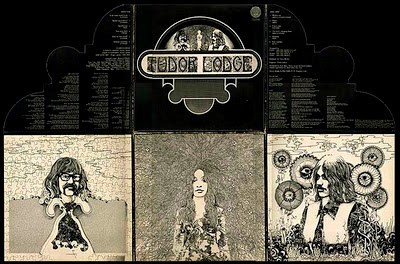 The LP has become one of several expensive Vertigo obscurities that divide people. Some consider it a folk classic, while others find it insipid. Contemporary reviewers had the same problem. 'In order to strengthen the impact of their music, a surplus of orchestration has been added,' griped Melody Maker on August 21st 1971. 'More often than not this is superfluous. There is a lack of aggression and variation of mood within the basic framework of the music. If more of the album had relied on the guts of rock accompaniment, then it would have been improved.' Disc & Music Echo were somewhat keener on September 4th, writing that 'Tudor Lodge have put up a good show for their first album, and come over as completely unpretentious. The trio have had a lot of experience in folk clubs, and it's paid off for them... The entire album is well thought-out and presented.' Sounds, however, was less convinced. 'I'm afraid the recording just doesn't do justice to this fine trio,' it carped on October 23rd. 'The arrangements are exteremly pretty, but whilst I'm in favour of some albums being deliberately cooked slightly under, producer Terry Brown seems to have gone too far, and in doing so has detracted from the impact of the Tudors.'

The upshot was that barely anyone bought it, causing a perfect copy to sell on eBay in October 2010 for over £2000.
Posted by Richard at 04:37 2 comments:

I was sorry to hear that Michael Garrick died on Friday, not least because I kept meaning to go and hear him play at the Bull's Head in Barnes (frustratingly close to my house), and never did. He was one of the most inventive jazz pianists / composers Britain has ever produced, and released a string of fine albums under his own name as well as being a key member of the Rendell-Carr Quintet, pioneering the fusion of choral music and jazz, and being a tireless jazz educator. As he said in 2009: "The reality of it is that most musicians teach because they can't earn enough money otherwise. They also do it for another reason - a psychological reason. You love the music, and therefore any activity in which you can indulge that love is very welcome. And that's the real reason people teach jazz. Because they love it, and it's a way of living with what you love."
The piece below appeared in Melody Maker on November 9th 1968, and gives a good overview of his attitude towards keyboards:

This piece comes from Melody Maker of June 6th 1970, and concerns his collaboration with the poet John Smith on Mr. Smith's Apocalypse:

And here are a few ads: 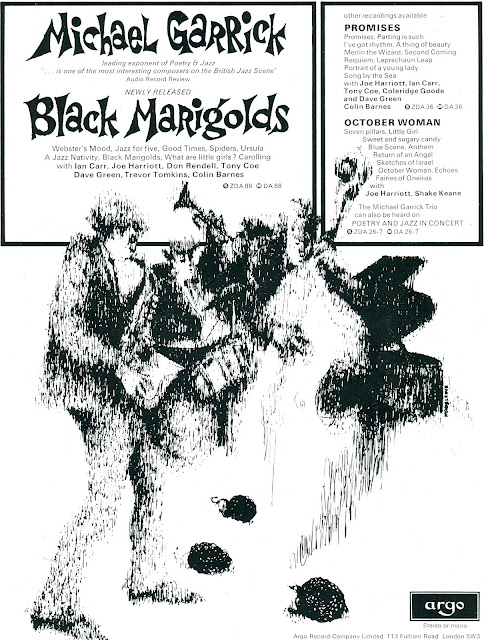 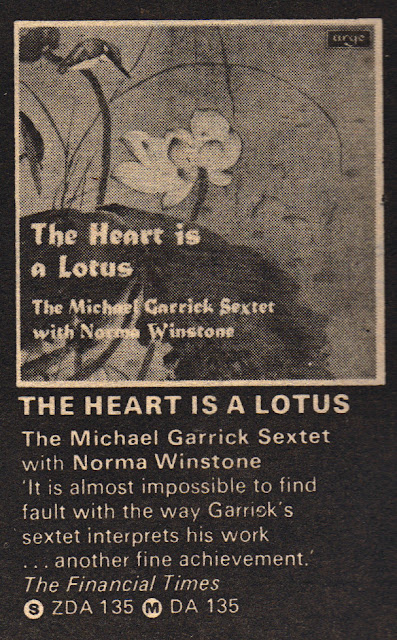 According to Garrick, incidentally, The Heart Is A Lotus was his best-selling record - the grand total shifted was 1200 copies. 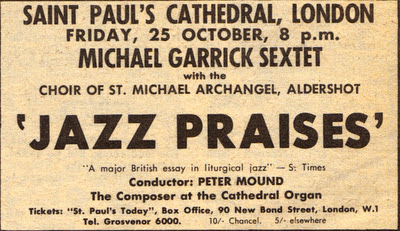 Finally, here's a lovely tribute by Jonny Trunk, containing a link to Garrick's winsome Sketches Of Israel (from October Woman) to listen to as you read: http://thewire.co.uk/index.php?page=articles&article=7982.
Posted by Richard at 08:08 1 comment: 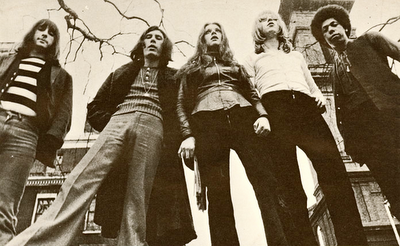 Here's the only article I recall having seen about this obscure London-based band, whose sole (double) album, A Time Before This, appeared on the Youngblood label in June 1970. It's a pretty good (if repetitive) set of doomy, Hammond-heavy jams that the sleeve describes as 'a fantasy story set in part of our galaxy'. The quintet's Dominican-born leader, Julian Jay Savarin, was also a science fiction novelist, while Australian vocalist Cathy Pruden had one of the most powerful voices of the era. Beware the US issue, incidentally - it has a better cover design, but truncates the songs to squeeze them onto a single disc. In March 1973 Savarin put out a second album, Waiters On The Dance, under his own name on the Birth label.

For good measure, here's an ad touting their services, from much the same time: 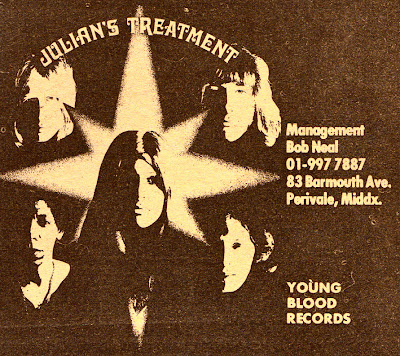