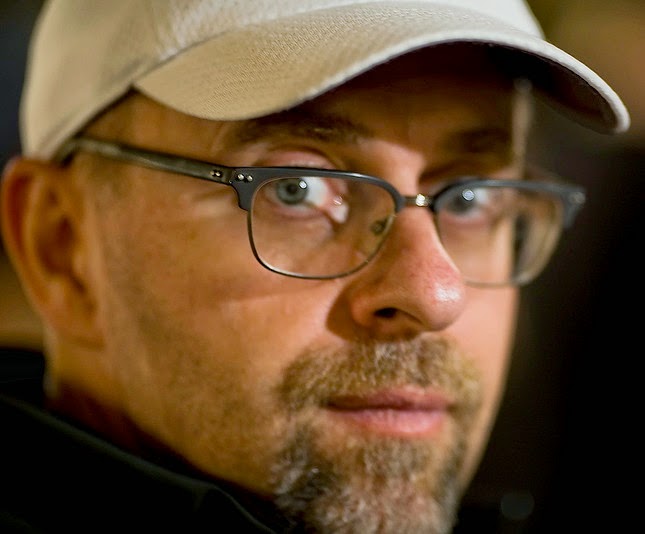 Bob Djukic is one of the most experienced and successful sellers of rare vinyl on eBay, who - as he puts it - makes a 'good-faith effort to provide only genuine, authentic items'.

At the moment, however, he is stumped: he is selling what he believes to be 'THE ORIGINAL, AUTHENTIC, FIRST U.K. PRESSING' of David Bowie's Man Who Sold The World LP, and - as such - 'a legitimate, official release'. Unfortunately, as he points out, it has been counterfeited in its time. After what must have been extensive and scholarly research, drawing on his decades of experience in the rare vinyl business, he's billing his item as 'INSANELY RARE', but adding the caveat 'WE ATTEMPTED TO CONFIRM THE GENUINENESS AND AUTHENTICITY OF THIS PRESSING, BUT WE ARE NOT 100% SURE.'

Of course, were he to list it as a '1980s COUNTERFEIT' it would reach perhaps $50 - that is, if eBay even allowed the auction to proceed. But if the high bidder thinks it's original... well, that sum could easily reach $2000 - and that's not money Bob'll be returning if it does indeed turn out to be fake ('No returns, refunds or exchanges on this item').

Several people have emailed him, and - being the open, even-handed kind of dealer that he is - the correspondence can be seen at the foot of the listing. Oddly, he tells one correspondent that he has 'no point of reference' as to whether or not this copy is original, though when he sold one in 2011 (as visible on popsike.com)  he raised no doubts as to its being authentic, stating: 'THIS IS THE ORIGINAL, AUTHENTIC, FIRST U.K. PRESSING; THIS IS NOT A REISSUE, AN IMPORT, OR A COUNTERFEIT PRESSING'.

Posted below is the link to his current auction, and the label for the copy he's selling. Below that is the label to a copy whose authenticity is in no doubt (right down to the well-known 'Tonny Visconti' spelling error that the first batch of UK originals carried, and 'P 1971' test to the left of the label - on Bob's copy it apparently says 'R 1971', in keeping with a blunder on counterfeit copies, though a blemish seems to be making the downstroke of the R look like a P). Either way, it occurs to me that a dealer who's 'NOT 100% SURE' as to whether he's selling a counterfeit or an original of a major rarity can't be expected to know his stuff elsewhere. What do you think? 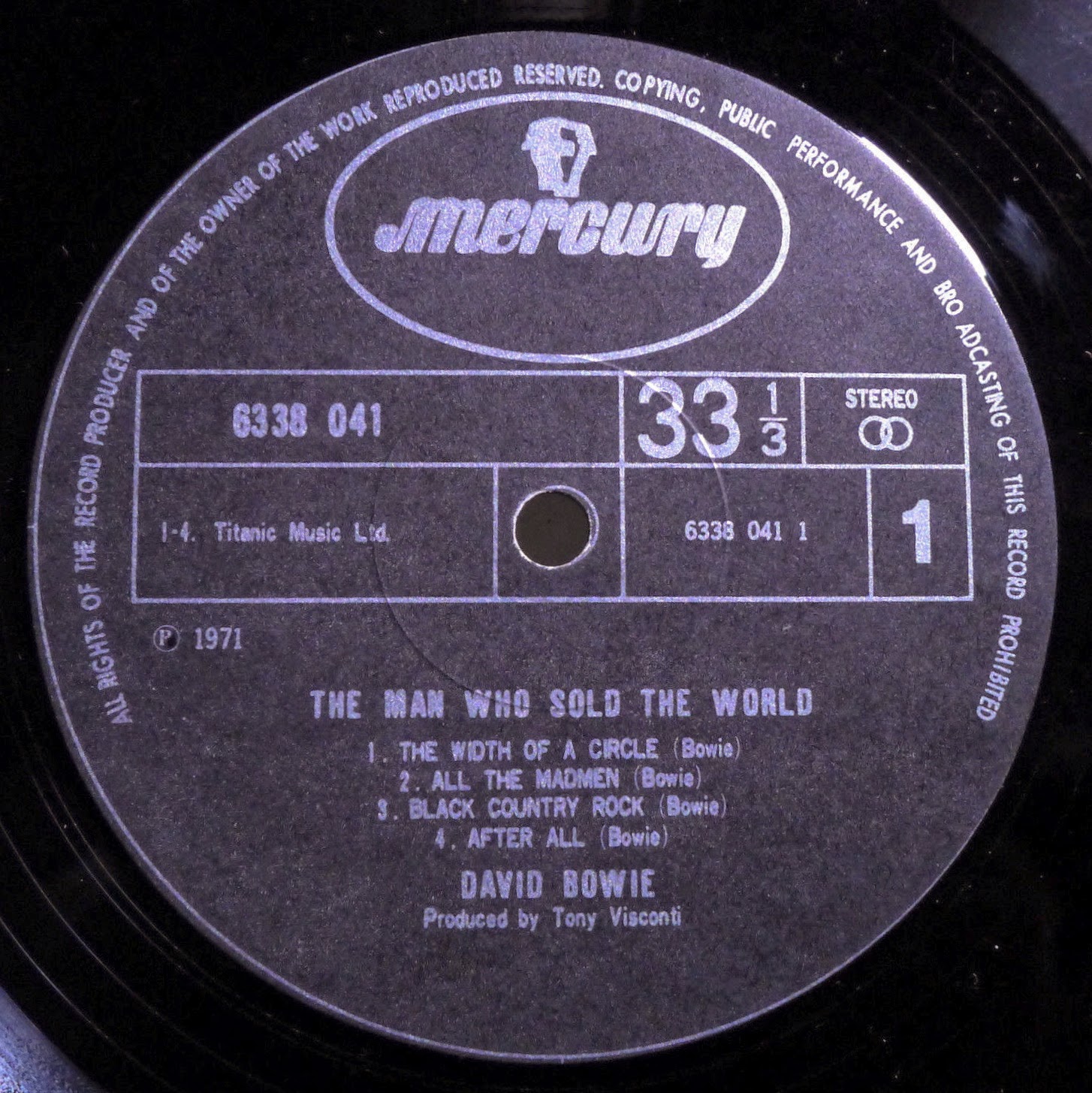 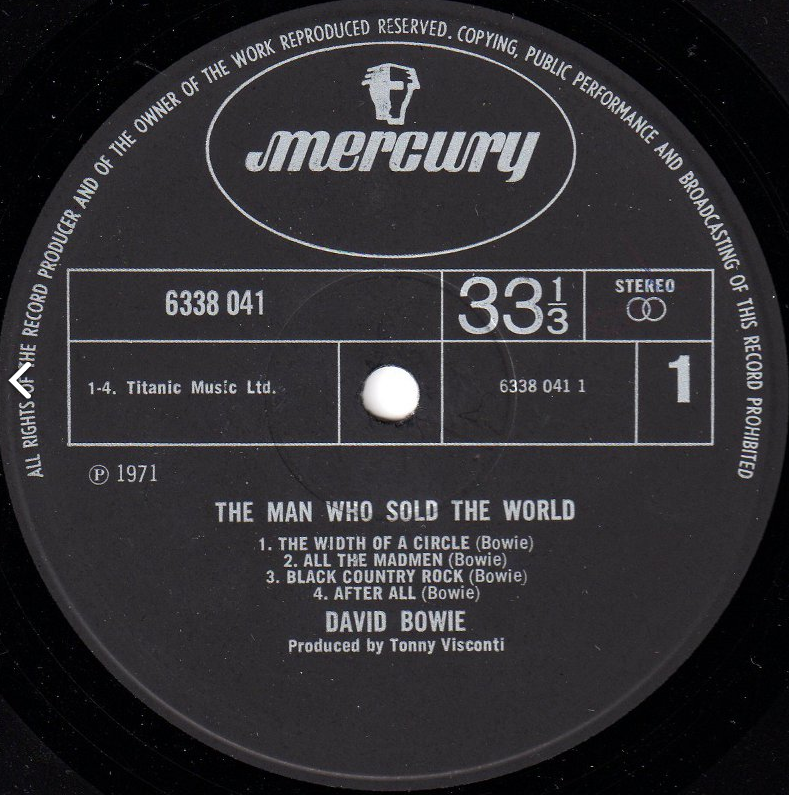 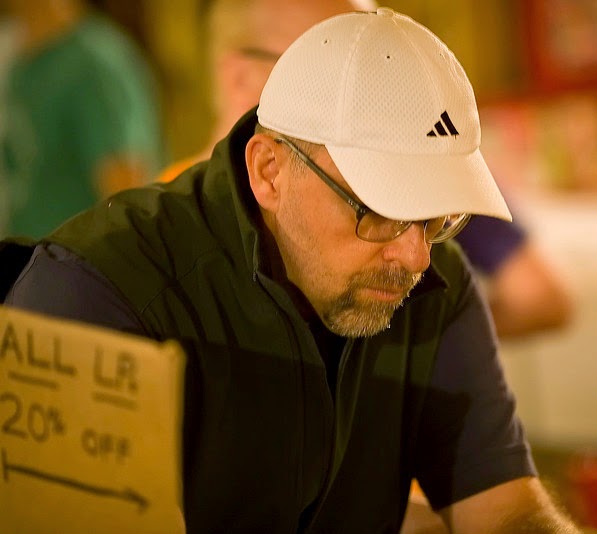 UPDATE: The auction has now ended, and Bob raked in an impressive $328.99 for his LP. Despite a blizzard of comments both via eBay and elsewhere online, he stoutly maintained until the end that 'I reserve my judgment on the authenticity of this item'. He substantiated his position by adding that 'Minor variations in color, shade, hue, texture and overall appearance of the covers are not only NOT an aberration in the record-making business, they are absolutely a NORM.' Under further questioning, he would only offer the following: 'I would prefer to neither speculate, nor comment. The item is sold as-is, no guarantees offered or implied.' Quite what evidence he was awaiting whilst he reserved his judgment is impossible to say. In any case, the inescapable conclusion is that any halfway serious dealer who can't tell a counterfeit copy of this album from an original is a joke - and, indeed, this listing has made Bob a laughing stock.

SECOND UPDATE: the Thin White Djuke has relisted the LP because - in his inimitable words - 'THE PREVIOUS WINNING BIDDER ACTED IN PATENTLY BAD FAITH AND WITH PREMEDITATED INTENTION OF SABOTAGING THE OUTCOME OF THIS SELLER'S PREVIOUS AUCTION'. Because he always acts in good faith, he adds that 'COUNTERFEIT COPIES OF THIS ALBUM ALLEGEDLY EXIST', and that 'IN A HIGHLY UNLIKELY CASE THIS ITEM IS NOT GENUINE, IT COULD STILL HOLD GREAT VALUE FOR THE BOWIE COLLECTOR AS A VERY FINE AND HIGHLY DETAILED AND ELABORATE REPLICA.' He also makes it clear that he will not stand for any further abuse of the sort he received last time around. Unlike selling potentially fake copies of his albums and calling them 'INSANELY RARE', Bob is quite clear that this sort of behaviour 'BRINGS GREAT DISCREDIT TO ANY BOWIE FAN'. Cheers!