DIMAGRAPHY AND THE ART OF ORGANOLEPTIC EVALUATION

One of the most important lessons a record collector can learn is that you never know what might turn up - even things you might think couldn't possibly exist.

Until last year an eBay seller based in the US named 'marc_arel11' was selling sealed copies of classic 60s and 70s LPs, with previously unseen promo or 'hype' stickers on the sleeves. When that account suddenly went idle, a new one emerged, using the handle 'dimagraphy', and is still going strong. This seller appears to be named Dmitry Demchenko, and the listings say he's based in Garden Grove, California. Are his LPs from a record industry source, a radio station, or a reviewer? Or is he simply very lucky at sourcing such treasures? No one knows. But the truly amazing thing about his listings is that many of the stickers - which are almost all in remarkable, as-new condition - have also never been seen before, even by old-school collectors.

Here's the beautiful vintage sticker found on that copy: 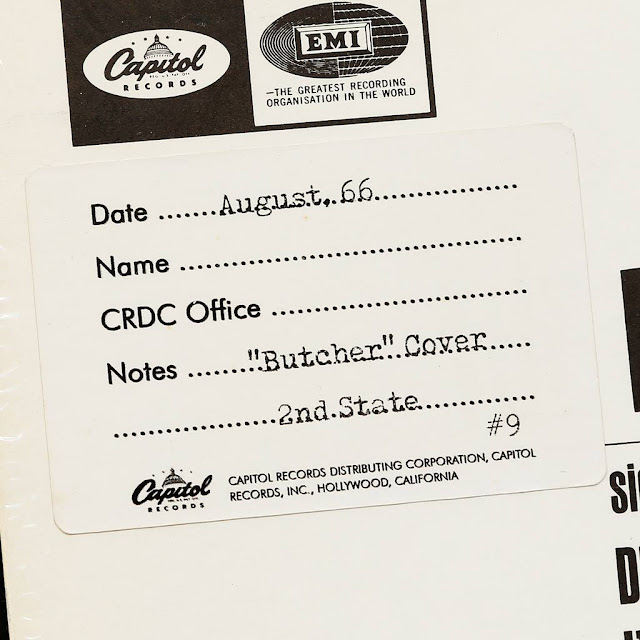 On and on it goes - all in lovely condition, mostly previously unknown to hardcore collectors. For example, who knew that the shrink on US first pressings of Led Zeppelin II came with track listing stickers in two different colours? All the ones previously known were pink, with sharp corners (as seen on the right here), but Dmitry's copy (on the left) is black, with rounded corners - and in wonderfully clean condition: 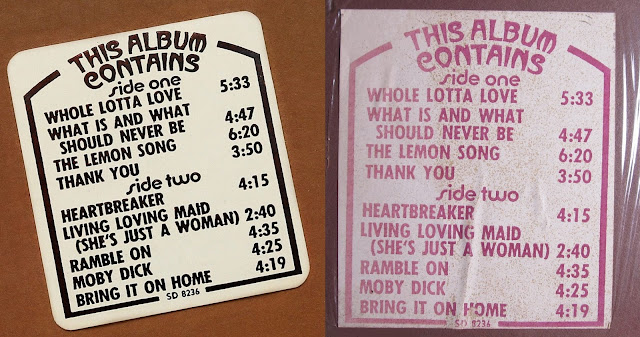 You can see that listing, which netted him an enviable $1313 - by clicking HERE.

His greatest coup so far has surely been to find an original, sealed promo copy of the Rolling Stones' 1967 Their Satanic Majesties Request LP, bearing a promo sticker for Polygram records - a European company to which they were not signed, and which did not exist until 1972.

Here's the beautiful vintage sticker on that one: 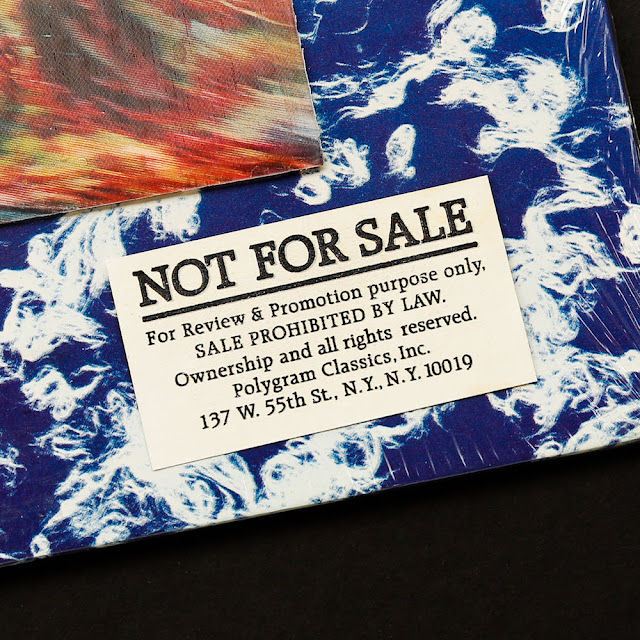 and HERE is the original listing, which unsurprisingly hauled in a whopping $1009.

Cynics might cry foul, but Dmitry offers this assurance: 'BASED ON OUR EXPERIENCE AND ORGANOLEPTIC EVALUATION ALL OF THE ELEMENTS OF THE ISSUE LEAVE NO DOUBTS THAT IT IS THE ORIGINAL FIRST PRESSING.'
Posted by Richard at 02:29