XXXRECORDS and a spot of Confusion 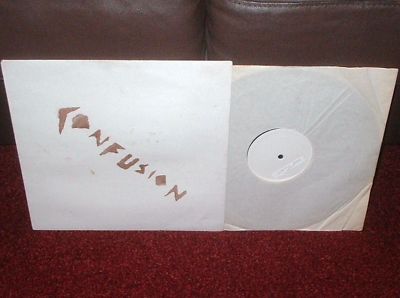 Having devised their instantly recognisable sound at rehearsals, Eric Clapton, Jack Bruce and Ginger Baker made their live debut as Cream on July 29th 1966, and gigged prolifically thereafter. One early performance was at the London club Klooks Kleek on November 15th 1966 (shortly after the release of their debut 45, and shortly before the release of their debut album).

Someone recorded the show, which consisted of Lawdy Mama, Sleepy Time Time, Crossroads, Stepping Out, Sweet Wine, Meet Me In The Bottom and N.S.U.. Sometime thereafter, the recording was pressed onto vinyl, with no label or artwork, but the matrix codes ‘CJG LP 1A’ and ‘CJG LP 1B’ stamped into the respective run-outs.

It can be seen on Discogs here:

Though Discogs has disallowed sales of bootlegs, copies of it occasionally surface on eBay; one fetched 50 GBP there on February 13th 2018, and can be seen here:

On April 9th 2018, the well-known UK record dealer Graham Cross - aka xxxrecords - sold an intriguing album on eBay, which fetched 576 GBP. It was, he wrote, the work of a band called ‘Confusion’, and can be seen here: 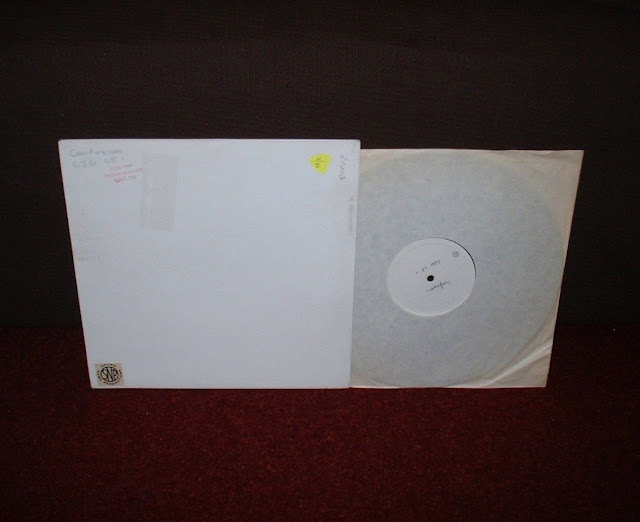 No band of that name was previously known to have been operating in the UK at the time. As if that weren’t enticing enough for collectors, he added that the disc was an ‘UNKNOWN PRIVATE PRESSING’ containing ‘AWESOME PSYCH BLUES’, and was ‘ONE OF THE RAREST LPs ON THE VERY SOUGHT AFTER DEROY LABEL’, and ‘A ROUGH LIVE RECORDING WHICH CLEARLY THE BAND MUST HAVE GOT MADE’.

Cross confidently dated his discovery to 1966, and suggested that it had been pressed by Island Records, as well as Deroy. The only hard clue as to manufacture was that ‘MACHINE STAMPED ON EACH SIDE IS 'CJG 1 LP A' & CJG 1 LP B'.

Knowing of the Cream bootleg, you might assume that he was mistaken, and had somehow failed to identify one of the most famous bands in rock history as the performers in question – but you would be wrong. ‘CONFUSINGLY (THOUGH HE OBVIOUSLY ISNT PLAYING ON THIS LP!) THERE ARE REFERENCES MADE ON THE LP TO ERIC CLAPTON BY THE BAND, AND THERE ARE 2 OR 3 CREAM COVERS, AS WELL AS A FEW OTHER TRACKS I CANNOT IDENTIFY!!!!’ continued his listing.

For the time being, the identity of Confusion must remain a mystery; only one other copy of their album is known to exist. It was sold on eBay in July 2012 for 636 GBP (also by Graham Cross) and can be seen here:

Were you a member of Confusion? Do you know someone who was? Do you have a copy of this lost recording by them? If so, please drop me a line!
Posted by Richard at 06:50