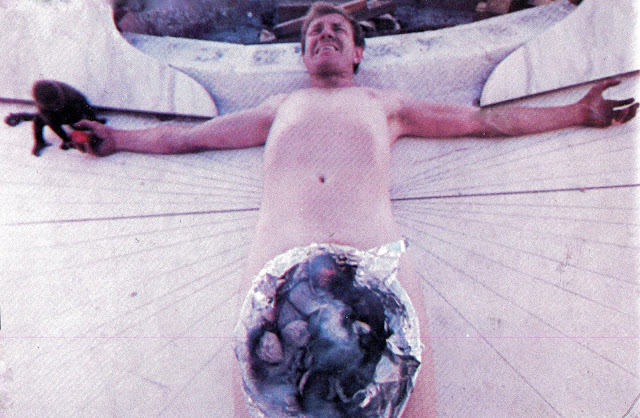 Needless to say, 1960s California was full of weird and wonderful individuals. One such was the late Lewis Beach Marvin III.

Wealthy and well-connected, he was espousing hippie values (in particular vegetarianism) well ahead of the curve, and as of 1957 he occupied a peculiar temple / menagerie / home named Moonfire (the moon apparently being a symbol of death and fire of life) high up in Tuna Canyon, where he hosted numerous 'happenings' as of the mid-60s.

He was featured in the Mondo Hollywood documentary (from which the image above is taken) the following year, and made a documentary himself in 1968, entitled Moonfire, which was released that June; he screened it inside a tent on Sunset Boulevard, with the Common People performing before and after.

He was a familiar figure at rock festivals, protest marches and other counter-cultural gatherings in the late 60s, typically holding a placard bearing slogans such as 'LOVE YOUR ANIMAL FRIENDS, DON'T EAT THEM' (that one was at Woodstock); he also handed a lamb to Jim Morrison backstage in Miami in 1969 (there's a well-known photo of Morrison holding it).

He was intermittently covered in the local media, but little is known of him as of the mid-70s.

Here's what I have found. 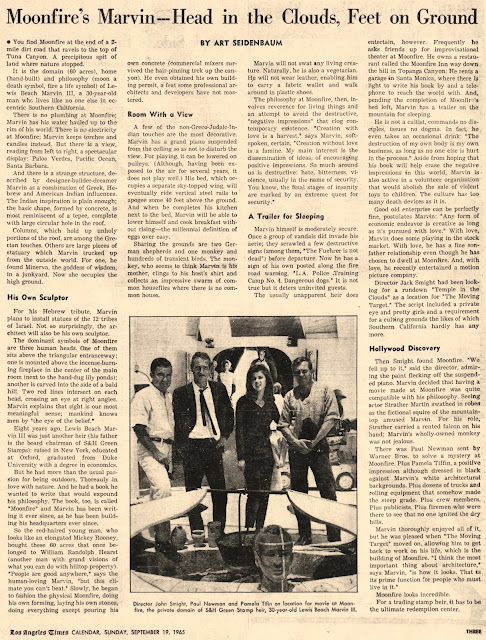 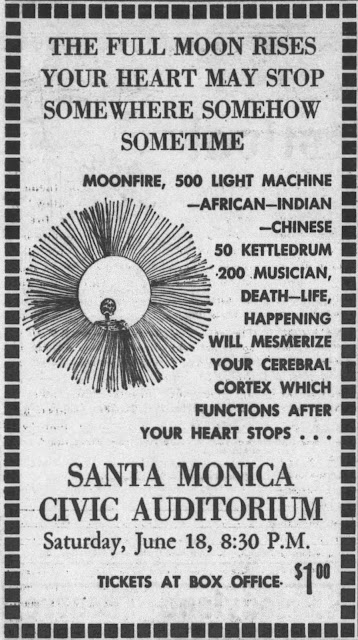 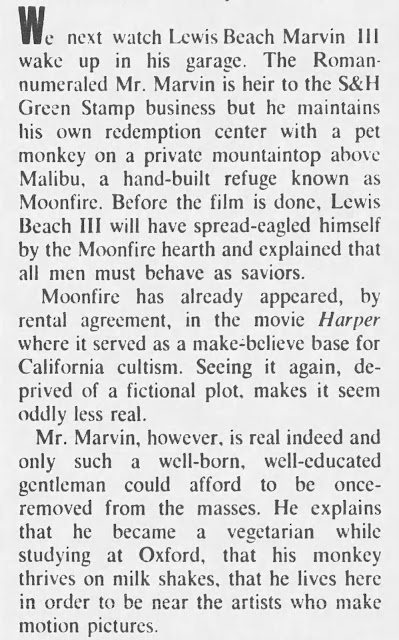 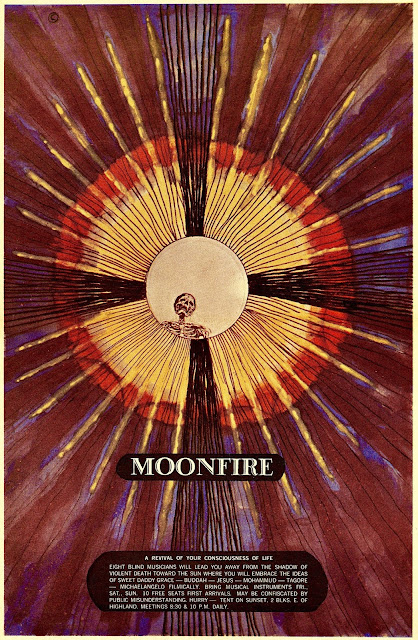 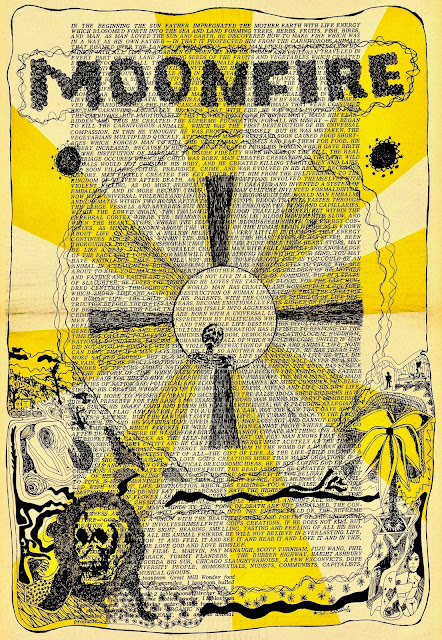 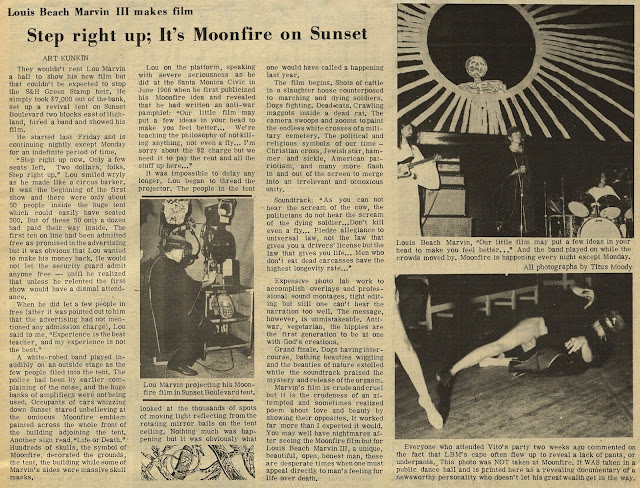 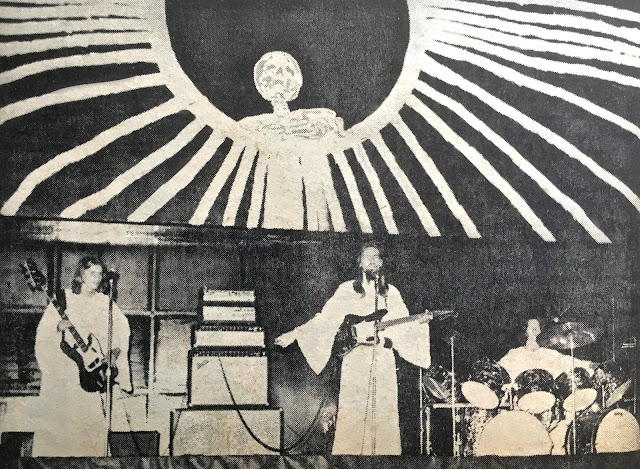 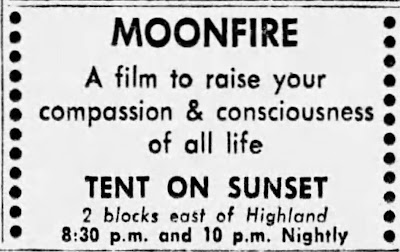 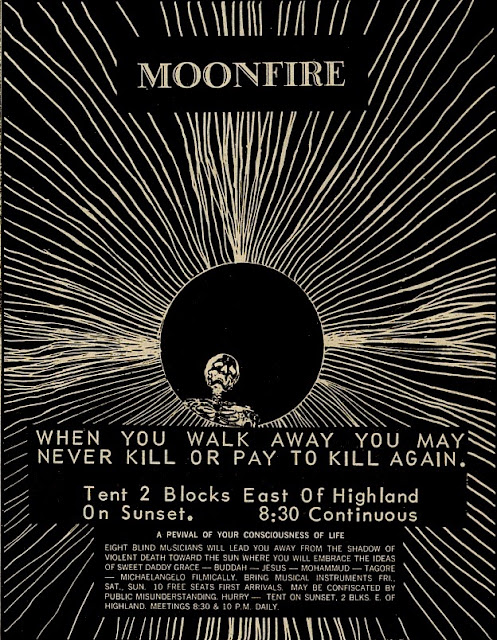 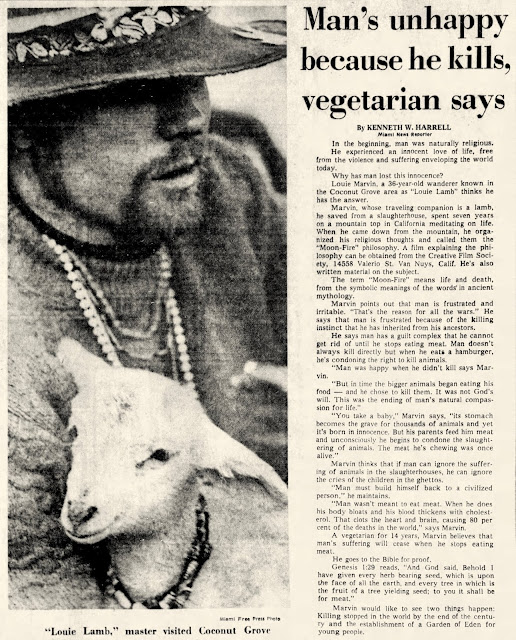 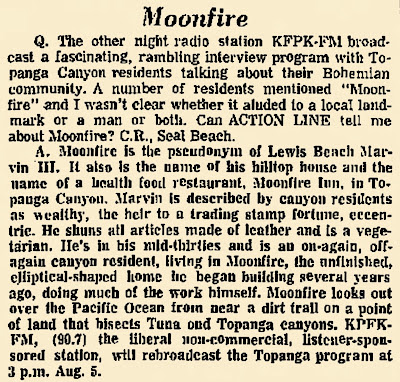 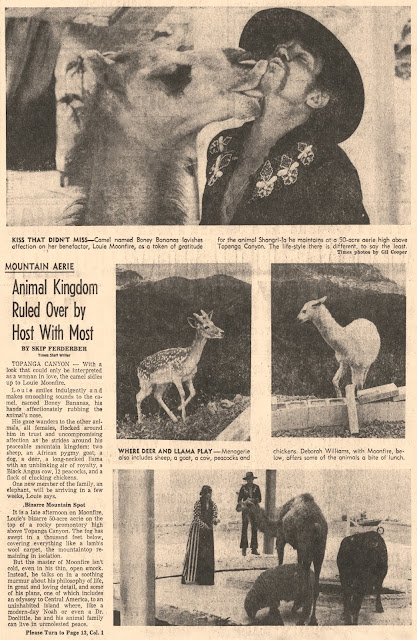 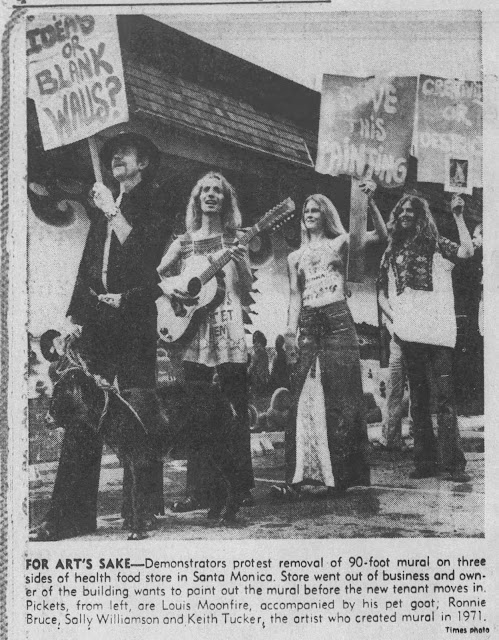 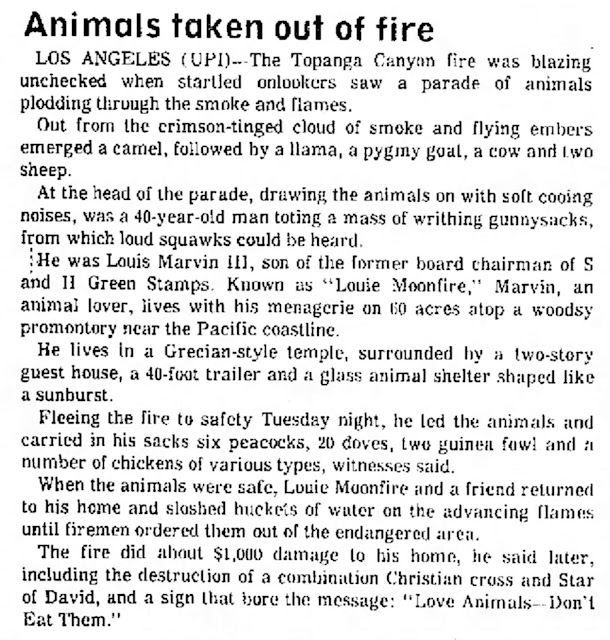 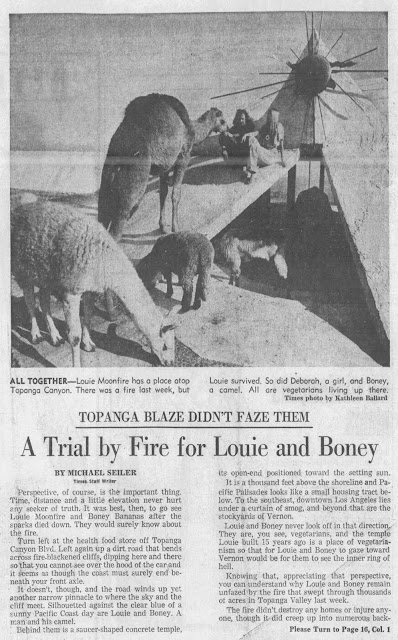 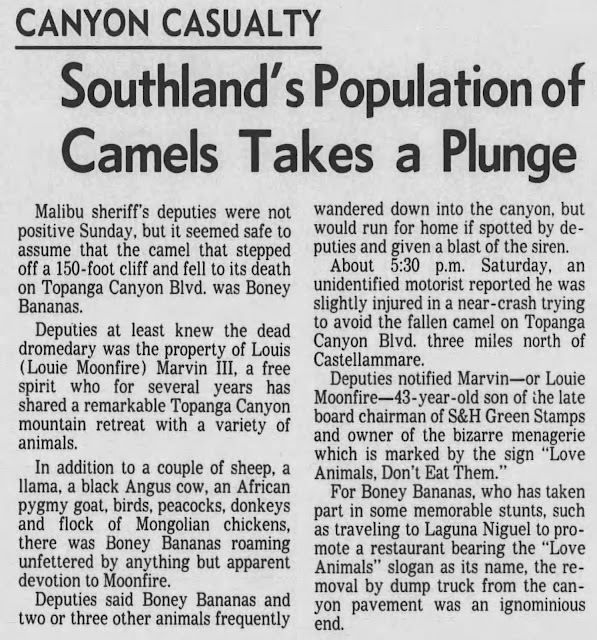 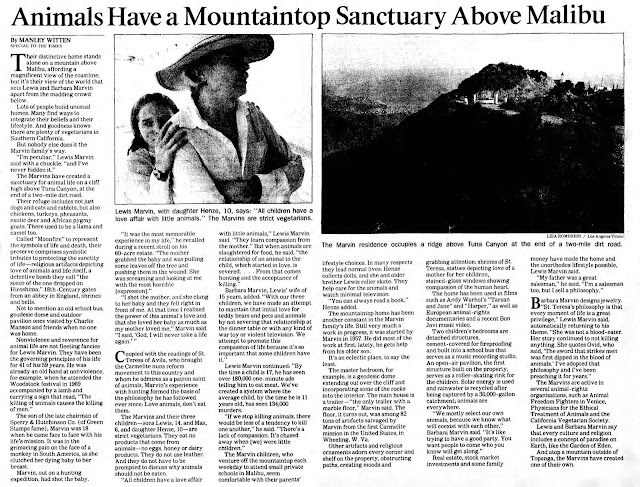